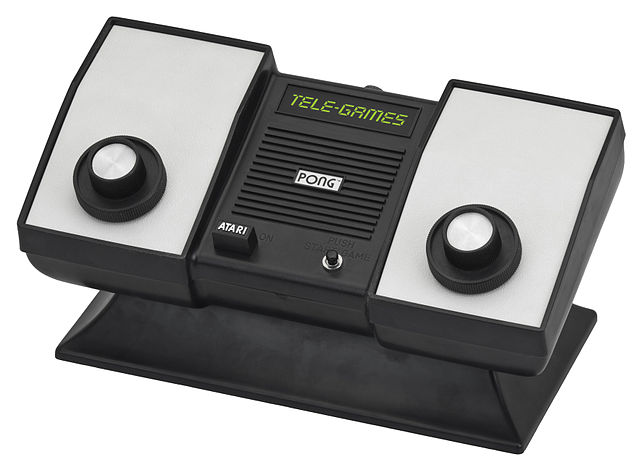 Nolan Bushnell's first exposure to video games was a game called "Spacewar." Programmed by an MIT student named Steve Russell in the early sixties, this game has circulated computer labs across the country by the time Bushnell would play it in a lab at the University of Utah in 1962. He would spend the next seven years of his life trying to reproduce that game on a smaller, less expensive computer. When it was completed, Bushnell's Spacewar variation (known as "Computer Space") did not sell. Frustrated by this, Bushnell changed his entire perspective on computer game design.

In an interview, Bushnell later said, "You had to read the instructions before you could play, people didn't want to read instructions. To be successful, I had to come up with a game people already knew how to play; something so simple that any drunk in any bar could play."

In 1972, Bushnell quit his job at Ampex in Sunnyvale, California, and with two other former Ampex engineers started his company. Originally, the three applied for the company name "Syzygy," but that had already been taken by a roofing firm.  Bushnell enjoyed playing the Japanese game "go" and his next suggestion was "atari" which means "check." This name was accepted by theCalifornia Secretary of State, and on June 27, 1972, Atari was officially established.

Al Alcorn, one of Atari's first employees, was the engineer who constructed the first Pong arcade game. The game was named after the desired sound that Bushnell   wanted incorporated in the game. The dictionary defines "pong" as a hollow, ringing sound, and this was the sound Bushnell felt was necessary in the game.

The first Pong arcade machine was placed in a local bar in Sunnyvale called Andy Capp's. It was more of a trial than anything else, as the unit did not even have a fully constructed case. The following is an account of the first night Pong was in this bar,reproduced from "Zap! The Rise and Fall of Atari" by Cohen.

"One of the regulars approached the Pong game inquisitively and studied the ball bouncing silently around the screen as if in a vacuum. A friend joined him. The instructions said: 'Avoid missing ball for high score.' One of [them] inserted a quarter. There was a beep. The game had begun. They watched dumbfoundedly as the ball appeared alternately on one side of the screen and then disappeared on the other. Each time it did the score changed. The score was tied at 3-3 when one player tried the knob controlling the paddle at his end of the screen. The score was 5-4, his favor, when his paddle made contact with the ball. There was a beautifully resonant "pong" sound, and the ball bounced back to the other side of the screen. 6-4. At 8-4 the second player figured out how to use his paddle. They had their first brief volley just before the score was 11-5 and the game was over.

"Seven quarters later they were having extended volleys, and the constant pong noise was attracting the curiosity of others at the bar. Before closing, everybody in the bar had played the game. The next day people were lined up outside Andy Capp's at 10 A.M. to play Pong. Around ten o'clock that night, the game suddenly died."

The reason for this was that the milk carton coin container inside the machine was overflowing into the electronics. After it was emptied, the game continued its usual operation.

Pong would become a huge hit in the arcades, spawning numerous imitations and several official sequels. Its popularity would not die down, until it was replaced by more advanced systems that used microprocessors instead of LSI (Large Scale Integrated) circuits.

The TOMY Blip, a simple handheld version of Pong used red LEDs to simulate the ball bouncing back and forth. 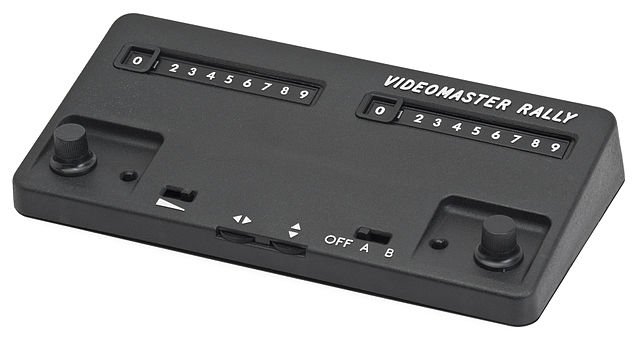 The Videomaster Rally, a Pong game system released in 1974. Really very simple in design and make. 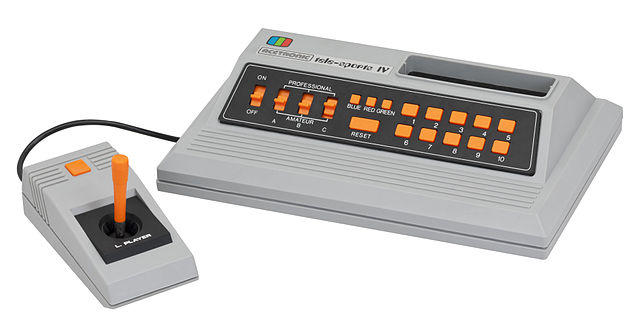