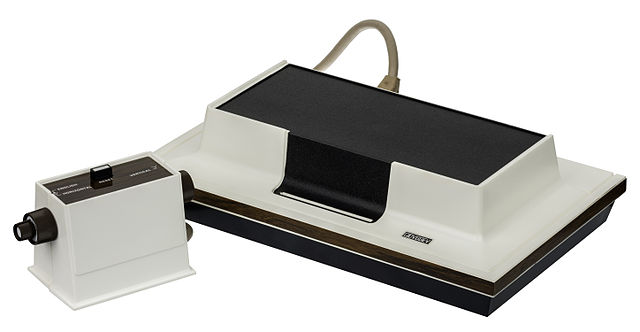 After the rejection by the military of Raplh Baer's idea, Baer would spend several years covertly trying to obtain the legal rights to commercially reproduce the game machine he helped design at Sanders Associates in 1966. Eventually the Pentagon became disinterested in the "TV Game" project, and Baer was allowed to pursue the prospect openly. He approached Teleprompter, RCA, Zenith, General Electric, and Magnavox. A deal was struck with RCA, but later fell through because it involved the purchasing of Sanders Associates by RCA. Then in 1970 Bill Enders, who had been a part of the RCA negotiating team, joined Magnavox and persuaded the Magnavox executives to give Baer's system a chance. The result of this was the production of the Magnavox Odyssey, the first home video game system available to non-military personnel. The Odyssey had over three hundred seperate parts. It came with hand controls, dice, playing cards, and play money. Plastic overlays which were placed onto the screen by the consumer, provided color playing fields for the various games. The system came preprogrammed with twelve games that utilized all of the aforementioned equipment. While it could not compete with the Pong units that would be released soon after, the Odyssey did have a very impressive first year, selling over 100,000 units at $100 each. The real cause for the popularity of the Pong units over the Odyssey was not because of the marketing prowess of competing companies, but rather the creation of low cost LSI (Large Scale Integrated) circuits. These circuits were designed primarily for tennis, hockey, and other Pong-eqsue game mechanics. The low cost LSI's would allow the market to be flooded by Pong knock-offs. 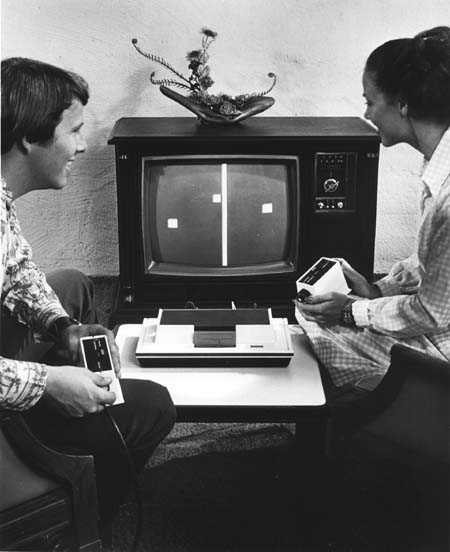 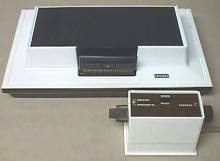 Magnavox Odyssey System
$49.99
Notify Me When Stock Is Available