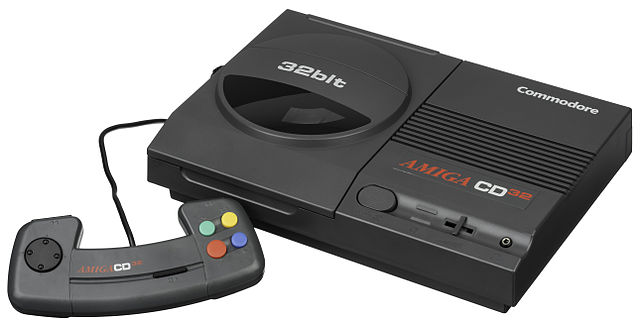 Commodore's second attempt at the console market was later revealed to be a last ditch attempt at making a profit. Launched in Europe during 1993 it quickly grabbed a large portion of the prototypical CD market, even beating PC CD-ROM. It's US success was also cut short when the U.S. government declared that Commodore could not bring anything into the country, as they had not paid the $10 million they owed for the XOR patent infringement lawsuit. The last ditch attempt to save the company failed and Commodore entered bankruptcy on April 29th 1994. The unshipped Amiga CD32 units were were seized by the Philippine government as payment for the use of their factory.

Although these events killed the CD32 as a viable platform it remained popular for several years, demonstrating a demand for Amiga CD titles. In 1994 a third party developer launched the SX-1 and SX32, allowing owners to turn their rejected console into a fully fledged Amiga.