The Telstar is a series of video game consoles produced by Coleco from 1976 to 1978. Starting with Telstar Pong clone based on General Instrument's AY-3-8500 chip in 1976, there were 14 consoles released in the Telstar branded series.

Telstar was a series of video game models made by Coleco which preceded the Colecovision by 10 years.  "Telsta", Coleco's first videogame system was releases in 1976 and played only three games with three difficulty levels.  It was the first system to use the GI's AY-3-8500 chip, and was a huge success.  The system sold over a million units.  There were even two variants: one sold by Coleco in Canada as "Telstar Deluxe", and another (same) sold by Montgomery-Ward under the name "Telstar Video World of Sports" 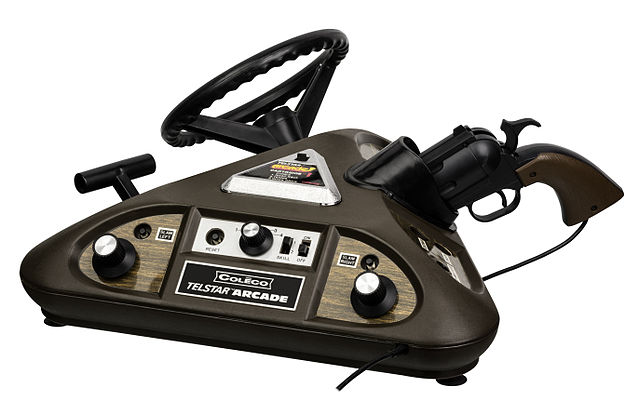